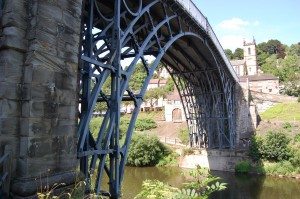 A close up under the magnificent Ironbridge
I had never been to Ironbridge, but having known about the place and its standing in industrial heritage, I was delighted to visit and was not disappointed.
On reaching Ironbridge Gorge it is almost unthinkable […]