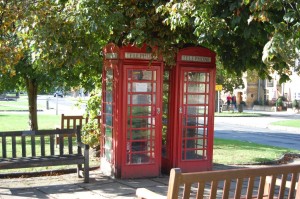 Worcestershire is a county based in the West Midlands to the south west of Birmingham. Being a mix of urban and pretty market towns, Worcestershire has much to interest people. The cathedral city of Worcester is a vibrant place. In addition, the county has a rich historical heritage and lots of superb open countryside to enjoy, including some spectacular scenery. One immediately thinks of the Malvern Hills for example.

The 11th century cathedral in Worcester is worthy of note and is a significant structure. The first and last battles of the English Civil War were both fought here.

Being largely rural, Worcestershire is noted for its many food and drink producers and farming industry too. But the county also has an industrial heritage to be justly proud of. Glove making, carpet weaving, farming and of course porcelain have played a key part in the count’s history.

Worcestershire can boast some other claims to fame too. Nigel Mansell was born in the country, as was the composer Sir Edward Elgar. The county has two spa towns in Malvern and Droitwich Spa. The town of Evesham is noted as the home of asparagus; And finally, King John of Magna Carta fame is buried in Worcester Cathedral.